Fujifilm X-T4 Review (from someone who skipped the X-T3)

First of all, I hope that you are safe out there amidst the Covid-19 pandemic. Stay safe and healthy, folks, so you can enjoy photography more! Now onto the review…

In what seems to be a diversion from the upgrade cycle of the X-T series of cameras, Fujifilm has released the X-T4 only a year and a half after the X-T3. Looking at the spec sheet, it actually seems more like an X-T3S or X-T3 Mark II. Aside from the IBIS, new battery, and flip screen, the T4’s specs seem to be pretty much identical to the previous body. Another thing to note is that Fuji did not discontinue the T3 and both are still on the market at different price points.

I actually skipped buying the X-T3 because I felt it didn’t offer that much over my X-T2 and X-H1 for my needs as a travel, event, and portrait photographer. However, with the added features of the X-T4, I’ve finally made the jump to the next generation of Fuji X cameras. I have been shooting with the X-T4 for about a week now as I write this, and I will share my thoughts and experiences with the features that stood out the most for me. 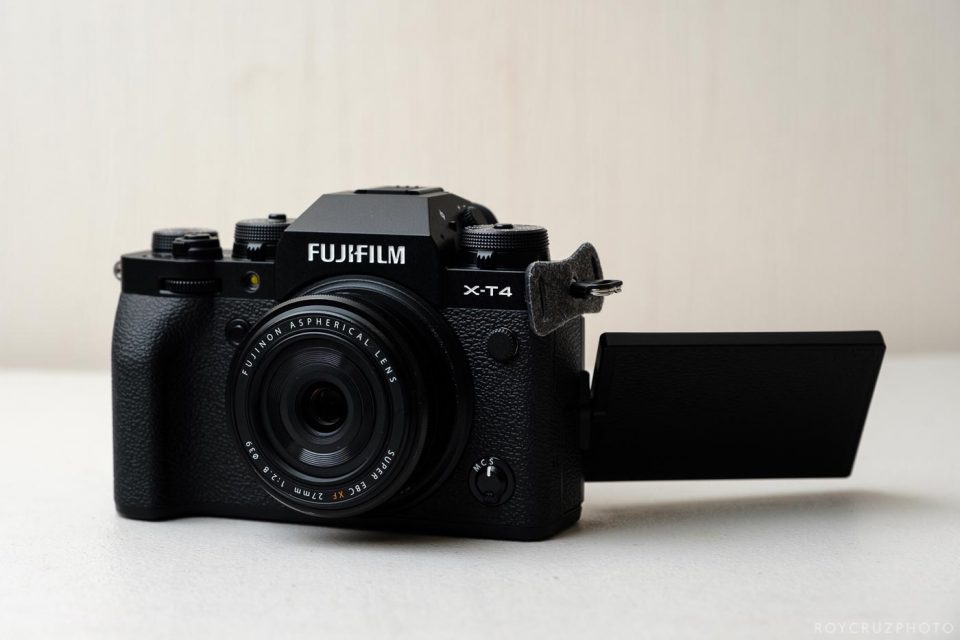 Fujifilm X-T4 with one of my favorite street/general-purpose lenses at the moment, the XF 27mm f/2.8. 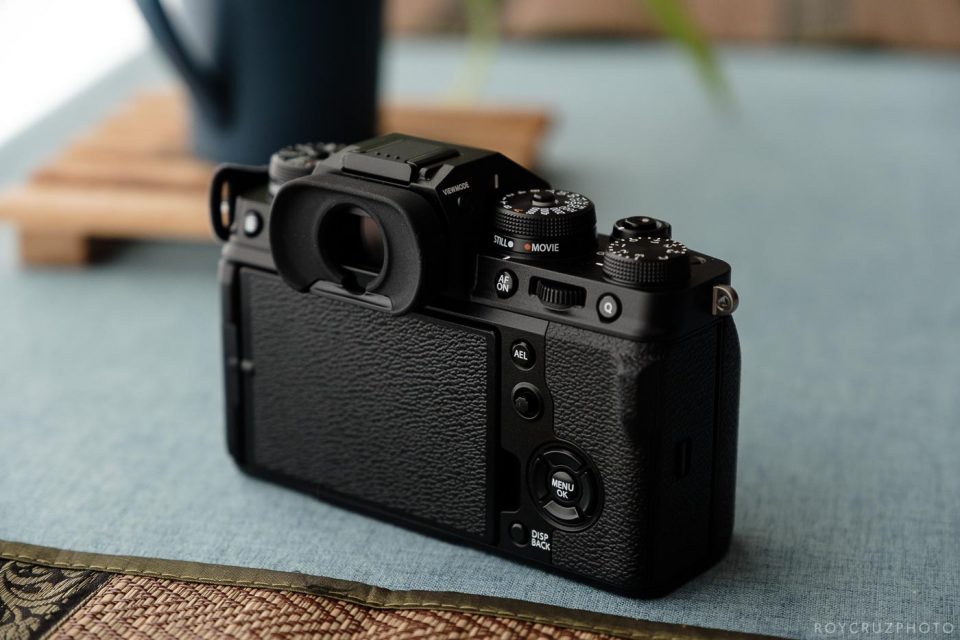 X-T4 with LCD closed. Surprisingly, I enjoy shooting like this quite a bit for less chimping and distraction. 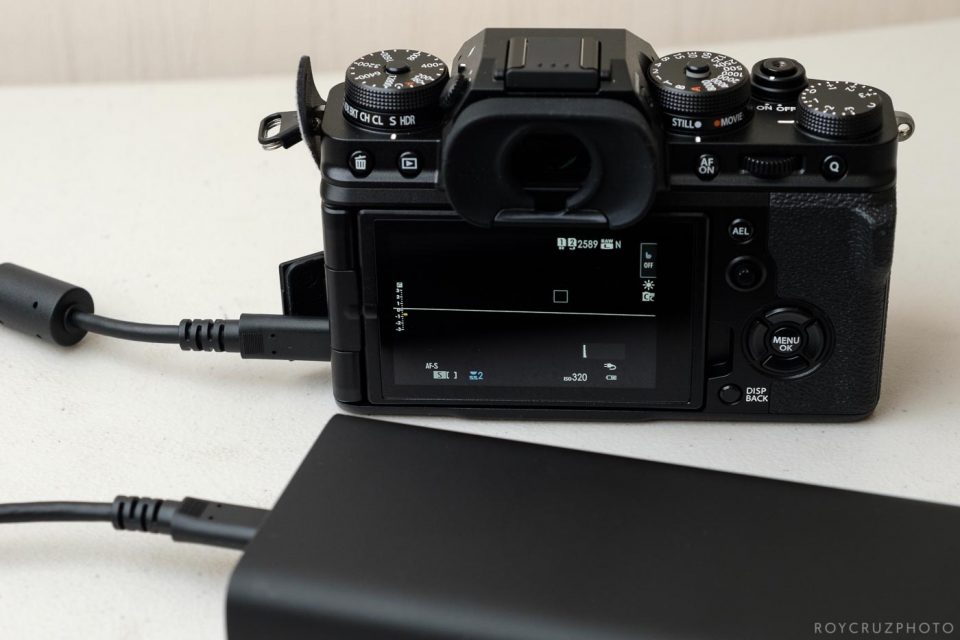 X-T4 in shooting mode connected to a USB-C PD power bank. Note the icon on the bottom right of the LCD indicating the camera is plugged in.

Previous readers of my blog have probably heard of my fondness towards shooting vintage / manual focus lenses with the Fuji X system. The X-T4 brings a few more features to the table that will make shooting with these lenses even better. 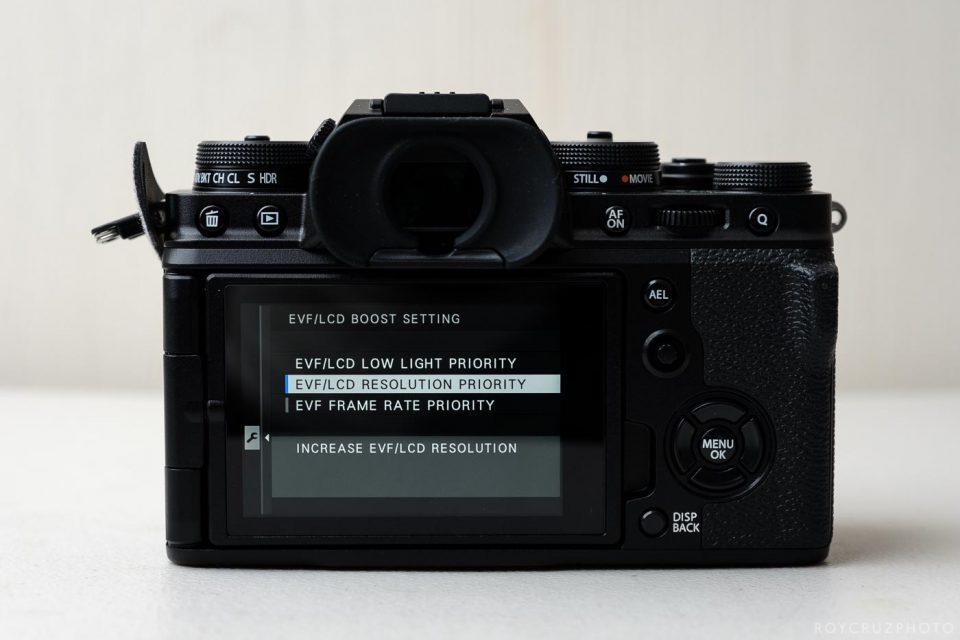 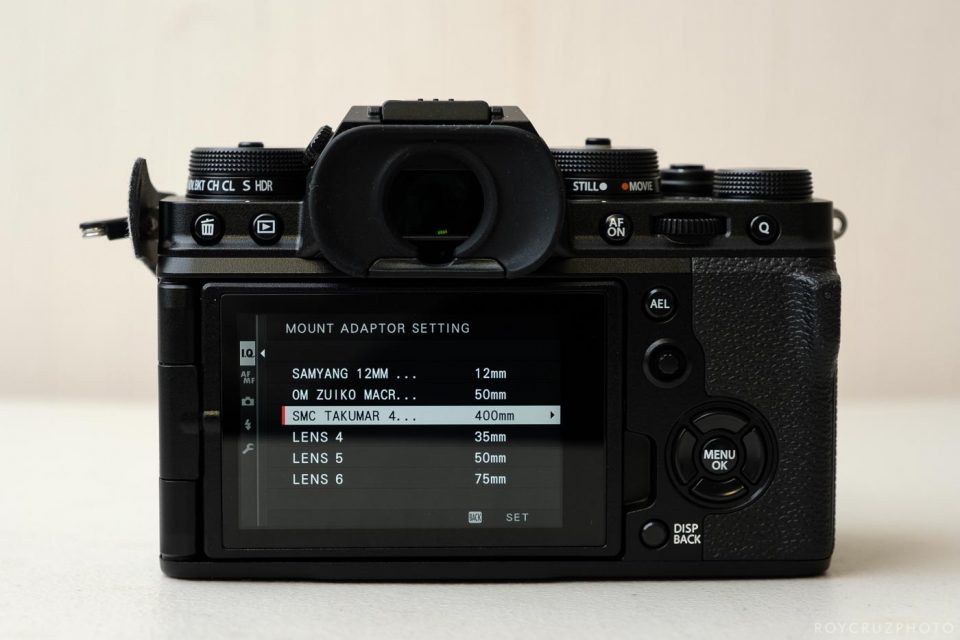 The Eterna Bleach Bypass film simulation is an interesting one. I didn’t like it at first, as it brought to mind the color grading of old music videos from the late 90’s ;). It has since grown on me and I now think of it as a good option for when you want a desaturated look with a hint of color. 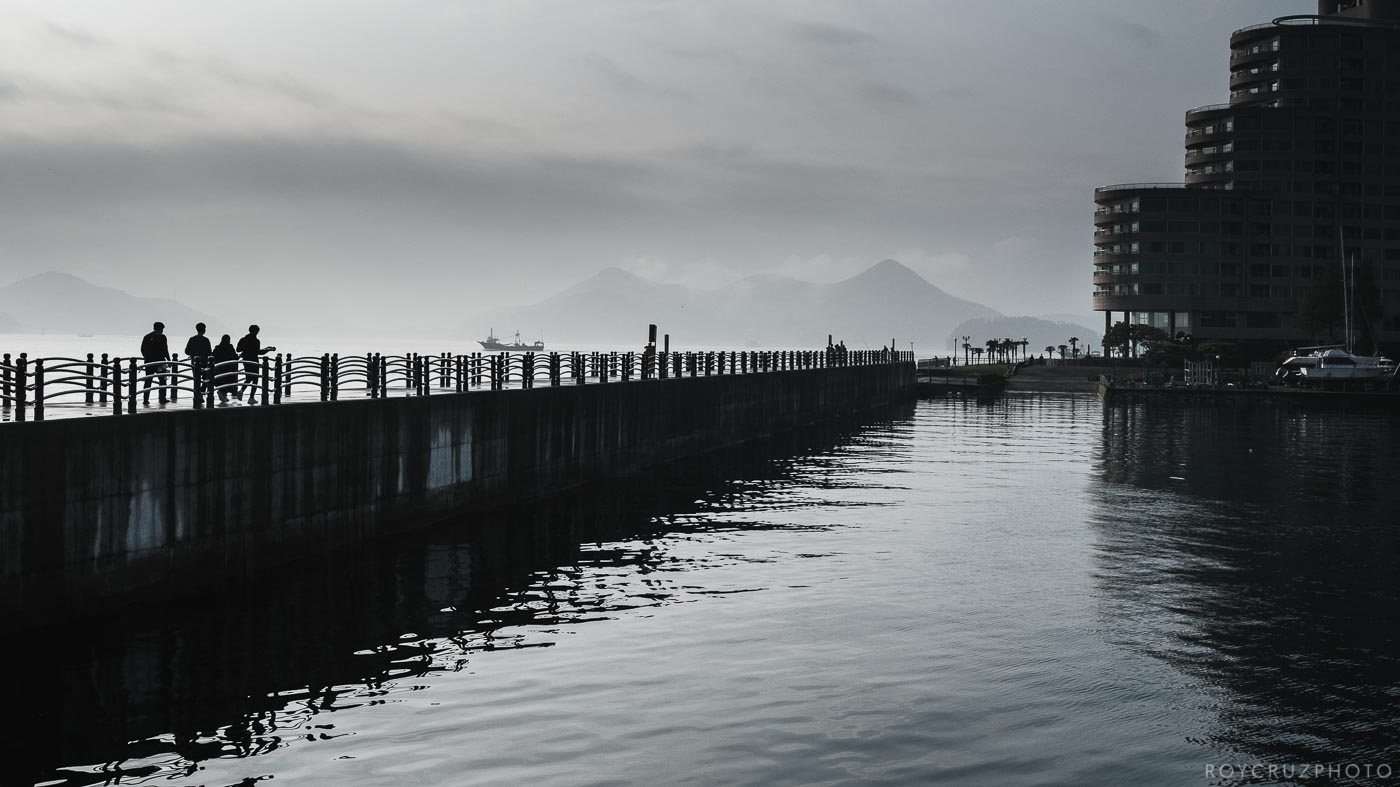 Image processed with the Eterna Bleach Bypass film simulation. In this case, it’s almost black and white with very subtle hints of color.

Since I skipped the T3, the Classic Neg film simulation is new to me as well. I really like this one! As a fan of Superia film presets for Lightroom, it is great to have access to a similar look built in to the camera. The vintage film look is great for reportage and street photography.

As you can see from everything we discussed, the Fuji X-T3 actually offers most of the advantages that the T4 does. If you are okay with no IBIS and are willing to stick with NP-W126 batteries, then the T3 might be a better choice at a lower price point.

I wanted to include this section for those who are on a budget or those who might not necessarily need the latest and greatest. I believe the 3rd (X-Trans III) generation of cameras was the turning-point for all-around pro-level use of the Fuji X system. This was when they hit the 24-megapixel mark, as well as a sufficiently speedy and accurate AF system and 4K video recording. Quite honestly, there’s not much practical difference in the image files produced by the 3rd and 4th generation cameras. That’s why I didn’t buy the T3. To be honest, the primary reason why I got on board with the T4 was to begin the transition to the new batteries. If you do not need the latest in AF speed performance and video bells and whistles, the X-Trans III bodies like the X-T2 and X-Pro 2 might be worth a look for a significantly lower price. I personally still have an X-T2 as a backup body, and I wouldn’t hesitate to use it even in demanding conditions. 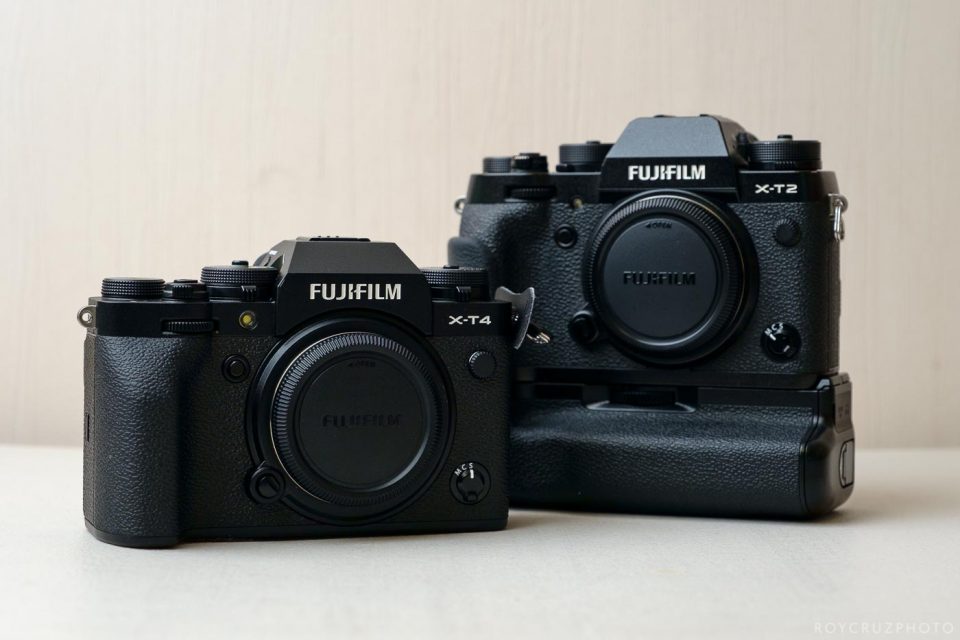 The X-T4 is a solid upgrade to the Fuji high-end series of APS-C cameras. The fast and confident autofocus system, the in-body stabilization, and the pro-level video features are a great companion to Fuji’s trademark image quality and ergonomics. It has a lot to offer in the compact design of the X-T series bodies that we know and love. All in all, it is a well-rounded jack-of-all-trades that I’m happy to have in my bag. The X-T4 is Fujifilm’s best APS-C body yet and as a Fuji X user since the early days, it has been truly amazing to experience the evolution of the camera system into what it is now.

Get your Fujifilm X-T4 or X-T3 or any products using these affiliate links and support this site without any additional cost to you! Thank you!

In the end, it’s really all about the images. So I’ll close with some photos that I’ve taken with the X-T4 and various lenses during my first week with it. 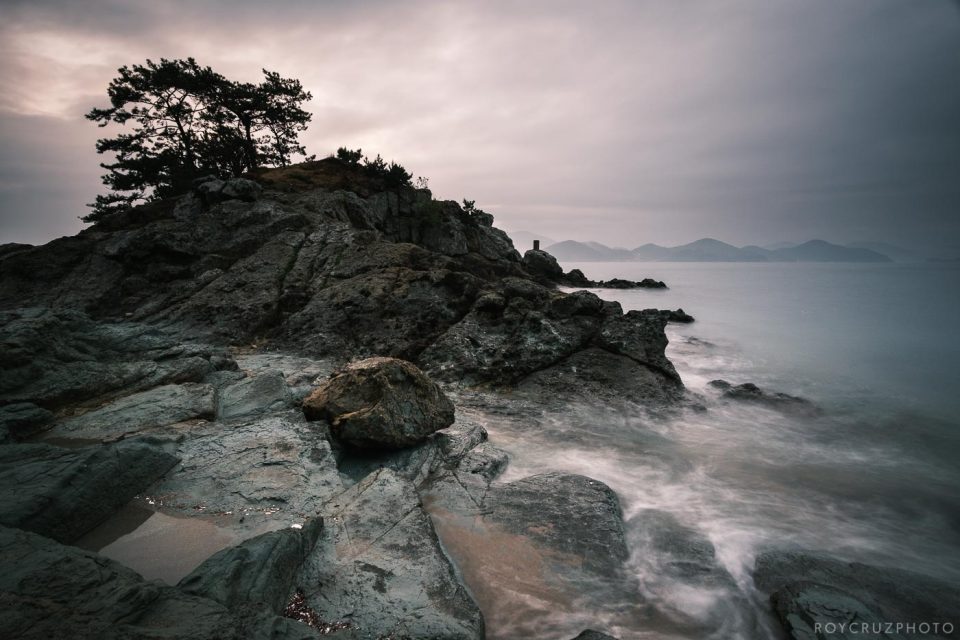 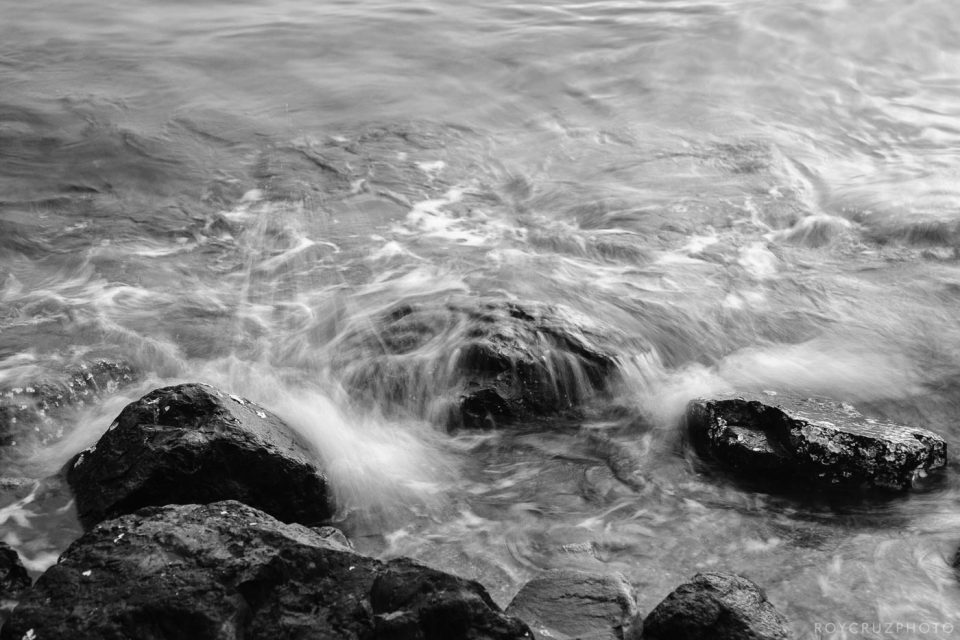 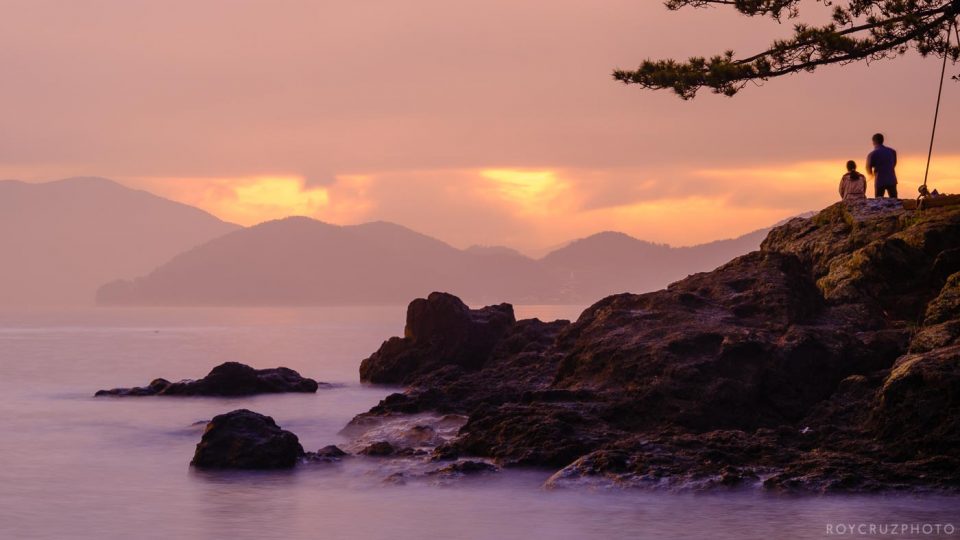 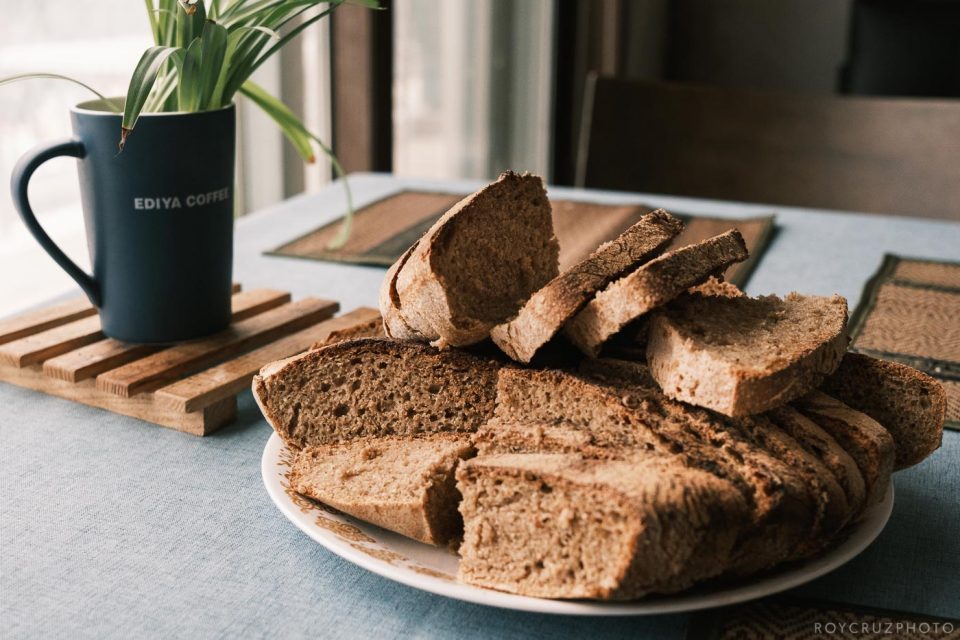 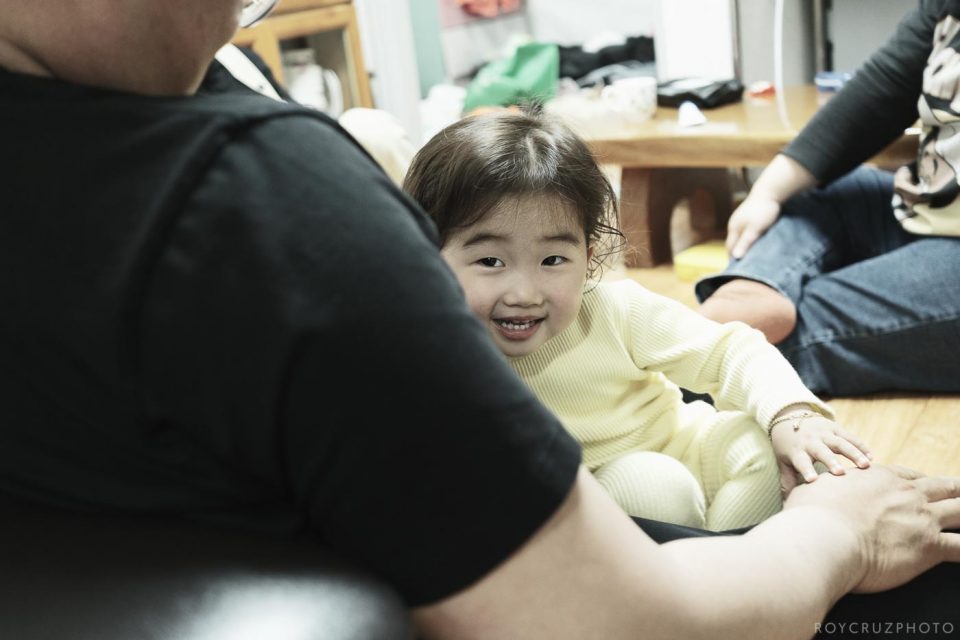 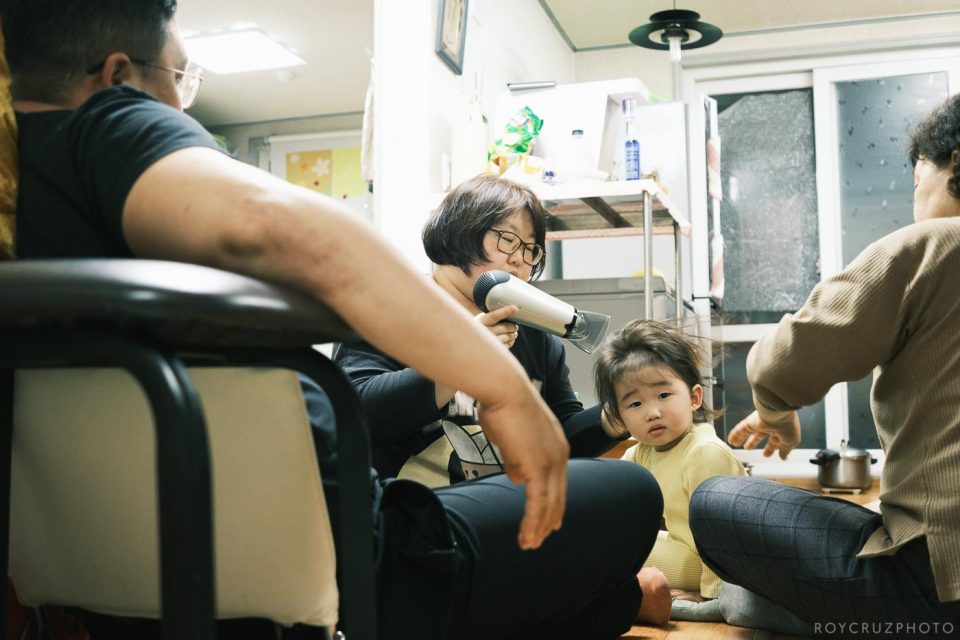 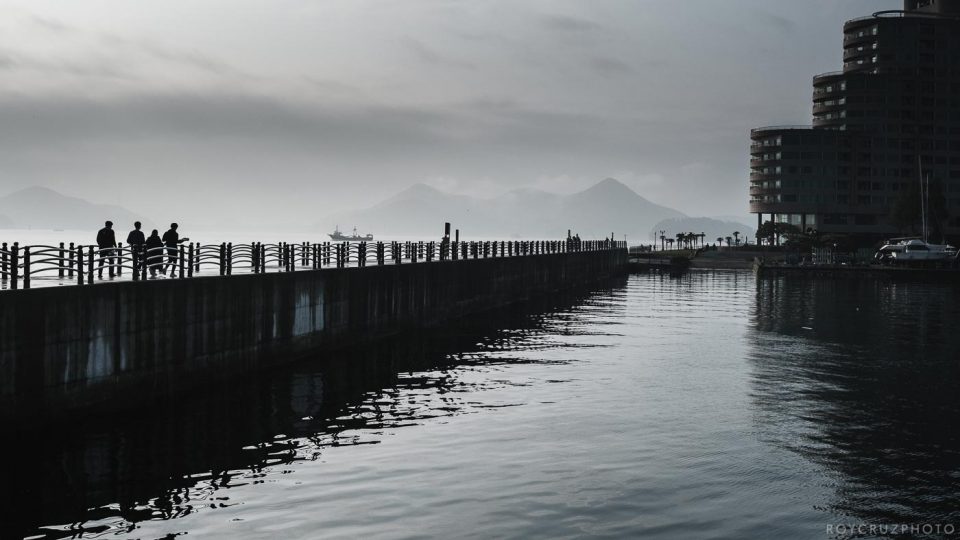 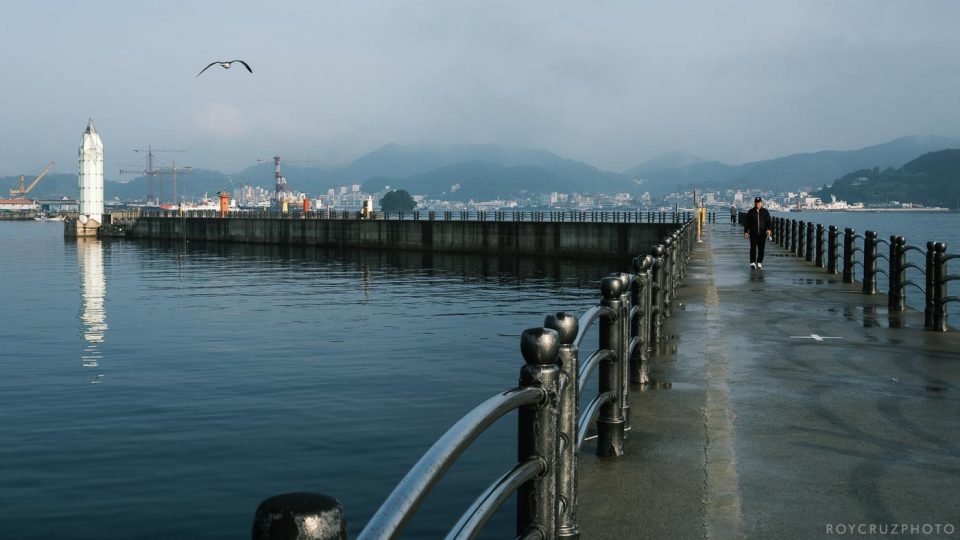 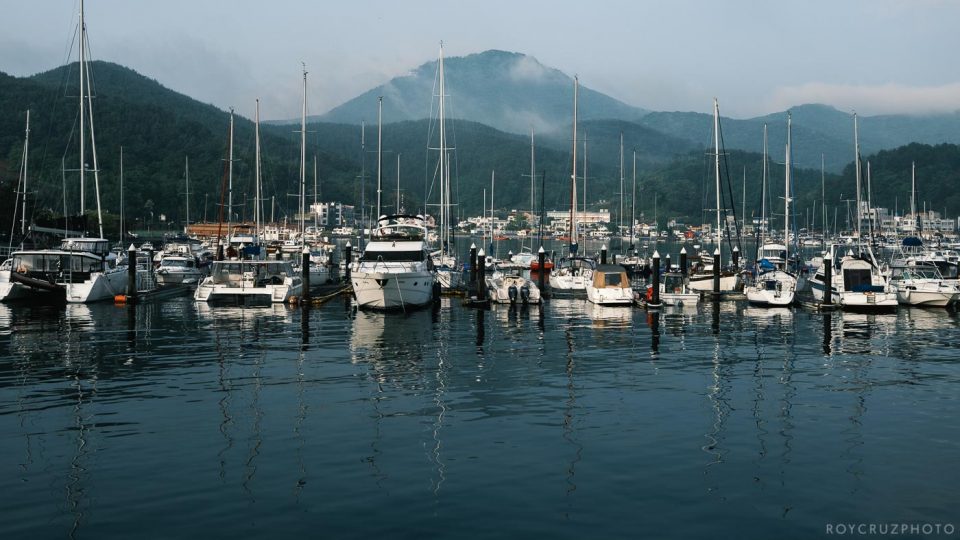 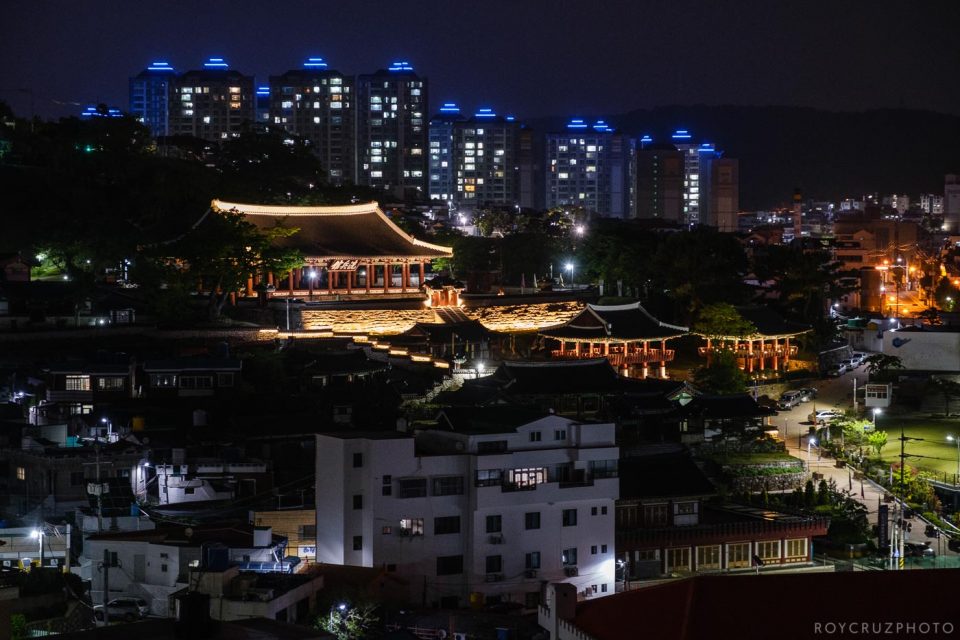 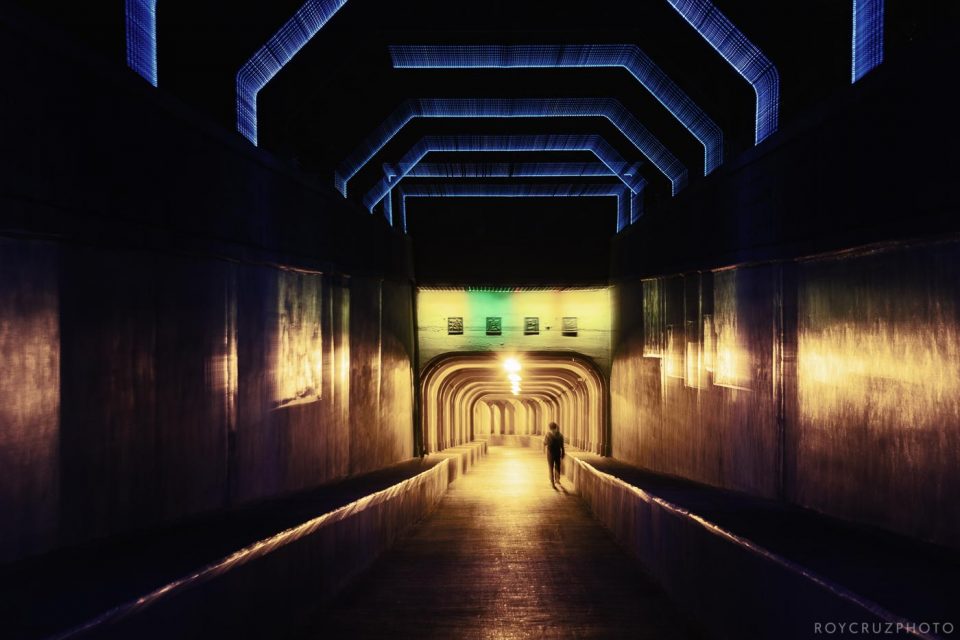 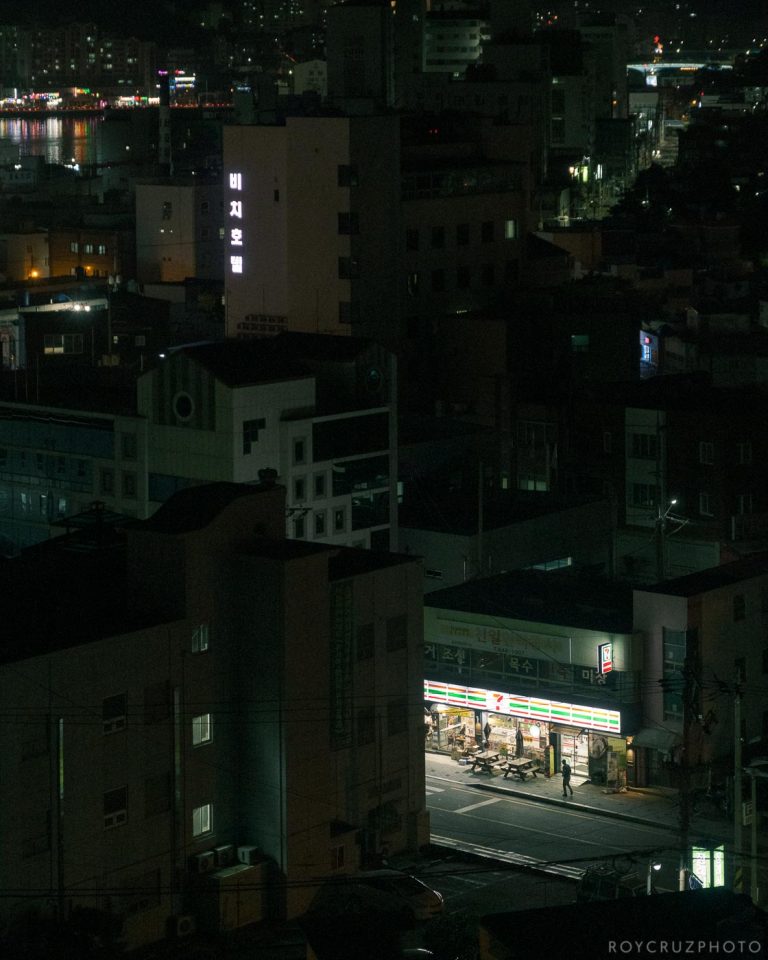 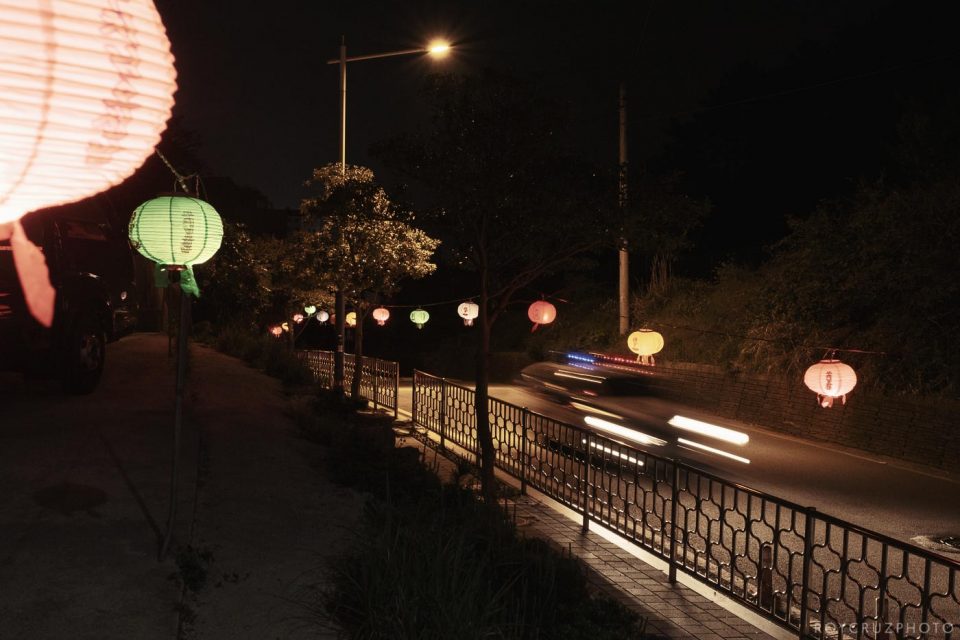 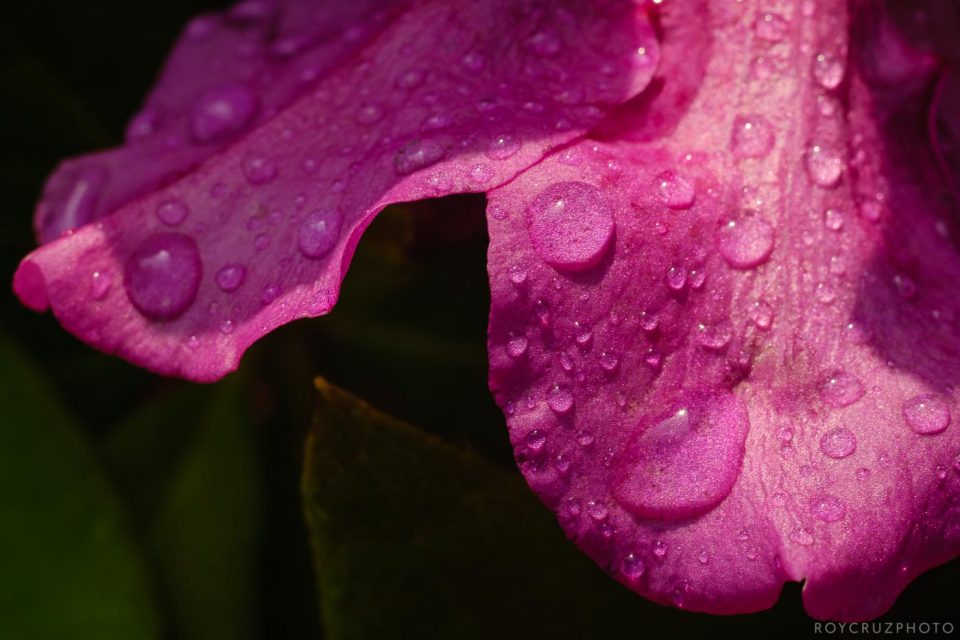 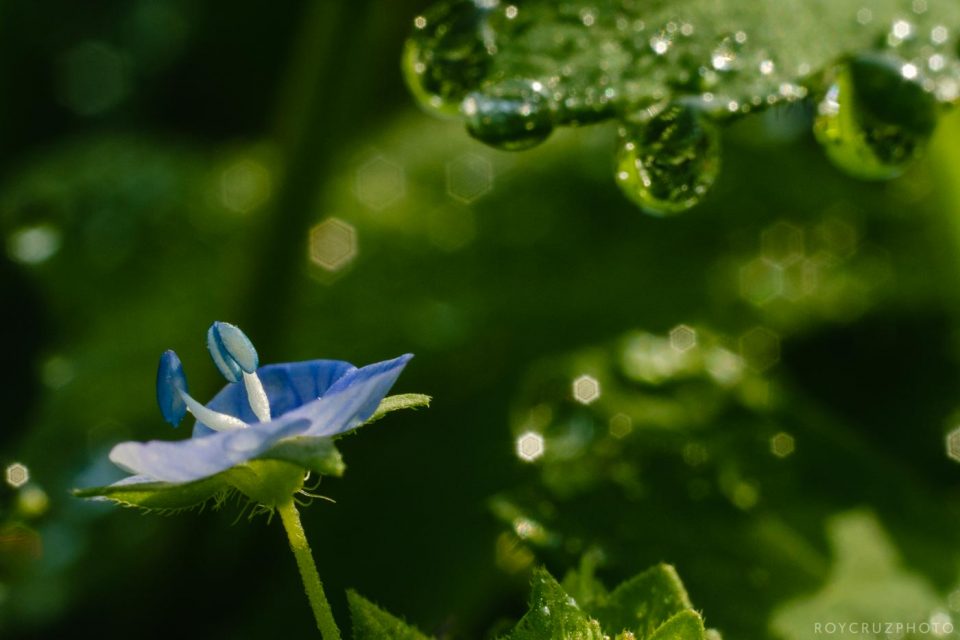 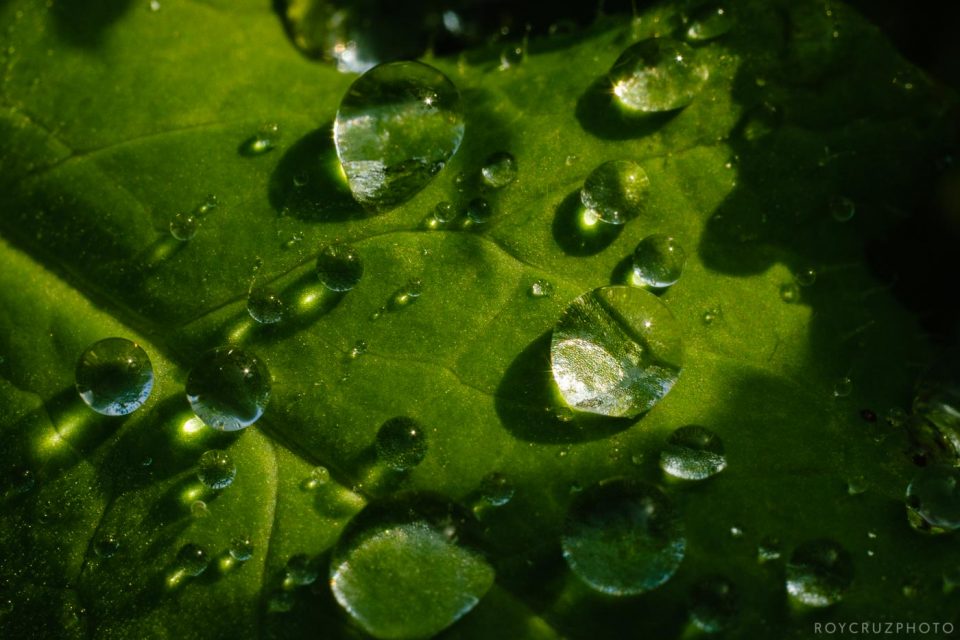 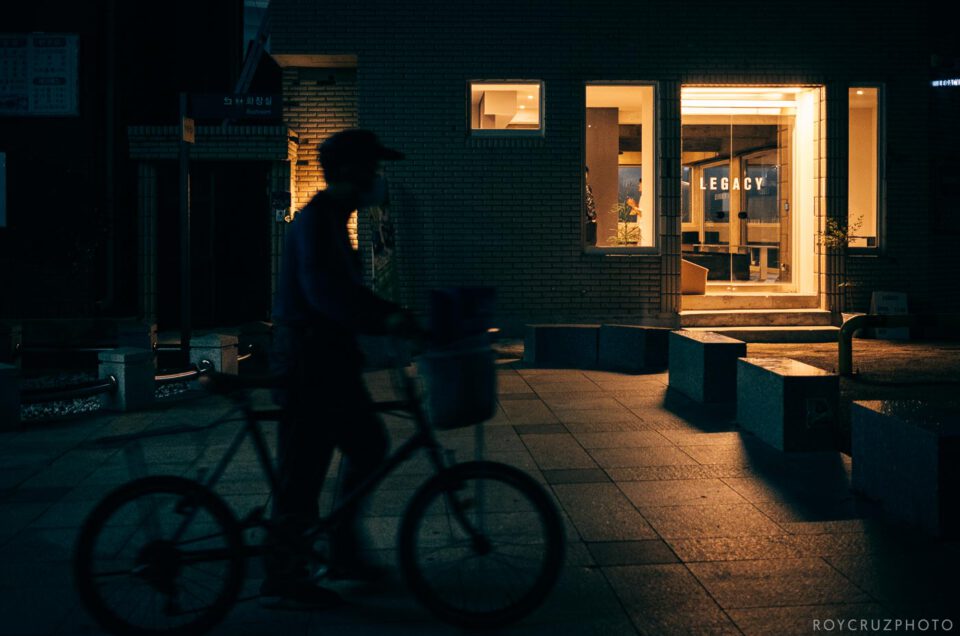 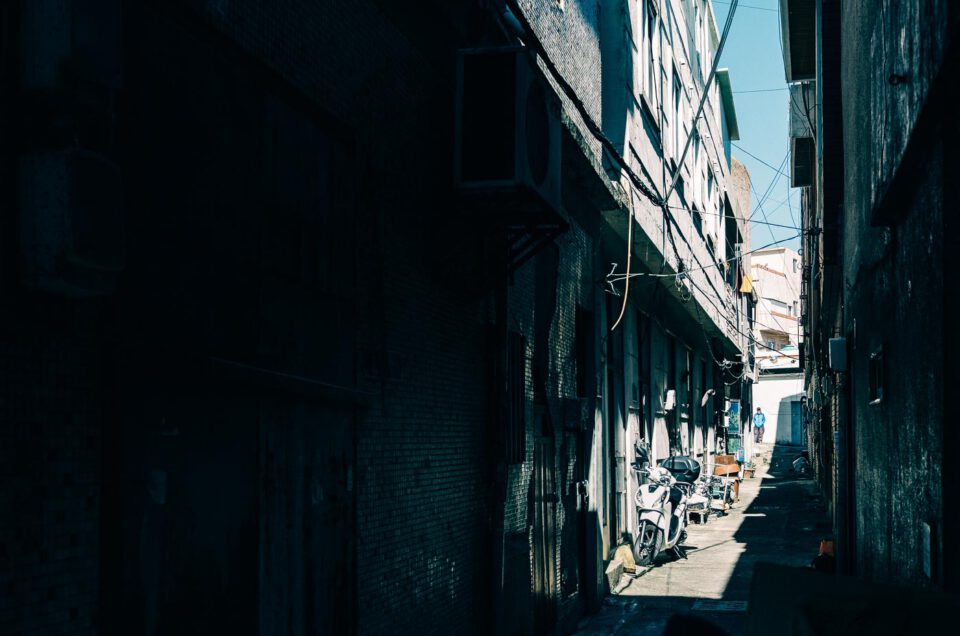 Finally! A real review. So many of the articles written about the Fujifilm X-T4 Use the word review in the title. But the articles read like advertising copy. Thank you Roy for writing something of substance.

Thank you Khürt! It’s always great to hear from you. Stay safe and well!

As A XT20 user i am in the same boat as you , should i stay ore should i upgrade ?
I use manual 3th party lenses only, 12mm samyang, 21 and 50 mm Kamlan and 85 mm Samyang, all under F2.0.
I even have a 1974 Vivitar 105mm F2.5 Macro beast that is amazing.
So .. my 3 reason to upgrade: 1) IBIS.. even with my manuals will work better in low light situations. 2) much better EVF. 3) Better sensor.
beside these 3 there are some minor benifits aswell.
I am shooting, Marco nature, Landscapes, skylines. model and portrait.
What would you do if you were in my shoes ?

Thanks for reading, Jeroen! All three reasons you mentioned are very valid for a manual lens user. You would definitely appreciate the improvements in all of the genres you mentioned, especially macro and portrait. I would definitely consider upgrading from an XT20. Another possible consideration is the X-H1, which can offer those benefits at a possibly lower price point since it’s older and more widely available on the secondary market. Hope this helps!