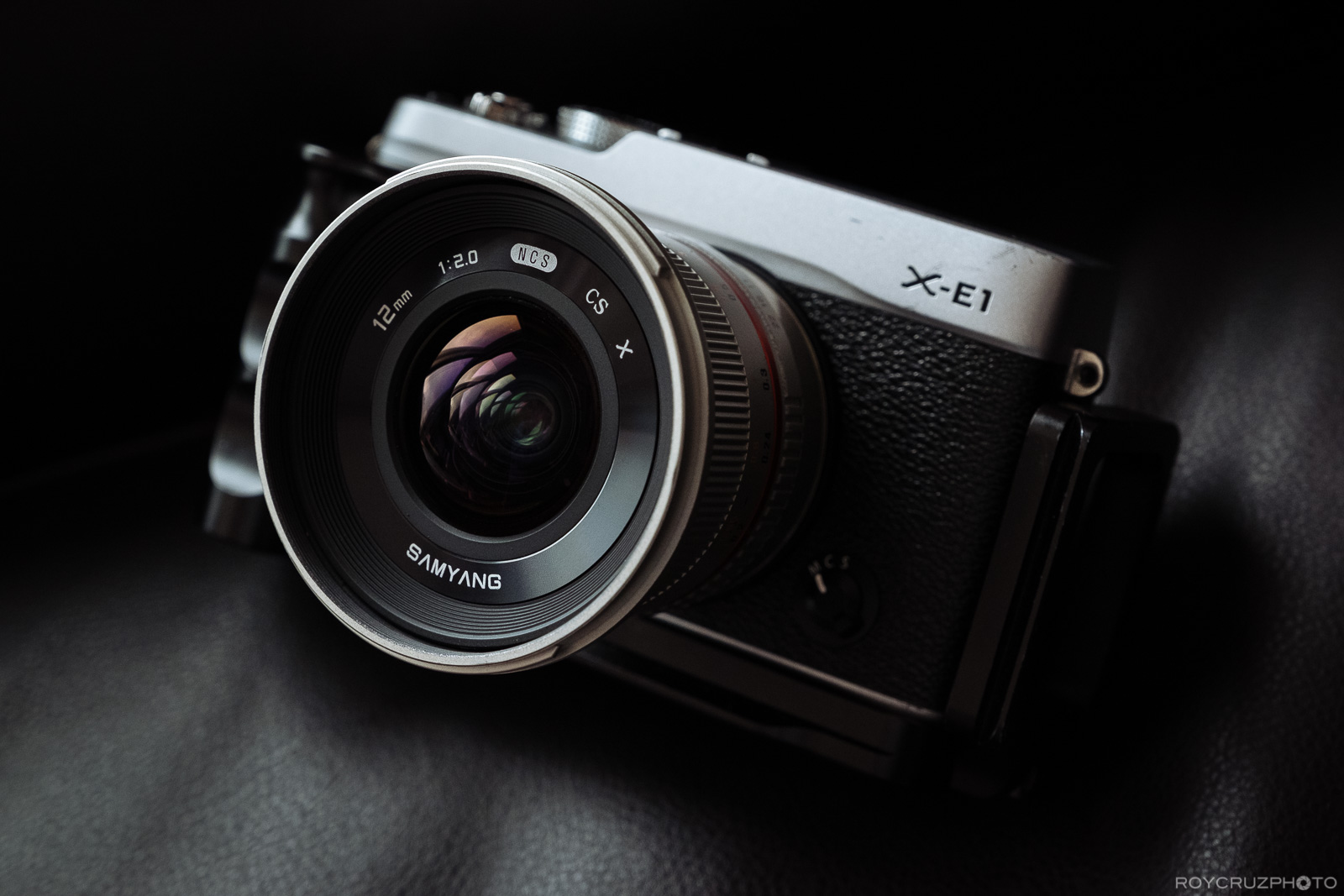 Every photographer has their favorite lens.  In the end, lenses are just tools, but some lenses just connect so well with the photographer that they become an extension of the photographer’s vision.  For me, that lens is the Samyang 12mm f/2.0.  I have mentioned this lens in several previous blog posts.  One of the things I have said once or twice is that this lens has singlehandedly added more images to my portfolio than any other lens in my photographic career.  This lens has produced the most images in my Top 10 photos of the year for 2014, 2015, and 2016.  Despite all this, I have never actually made a proper blog post about the Samyang, and I think it’s time to change that.  This is my tribute to a great lens.

The Samyang 12mm f/2.0 NCS CS (also branded as Rokinon), as it’s officially called, was released around May or June of 2014.  Back then, I was mainly shooting a Fujifilm X100S and wide/tele converters.  However, I felt the need for something wider for my landscapes.  After seeing the first announcement online, I immediately knew this lens was something special and picked one up soon after it was released.  The Samyang ticked all the right boxes for me.  It is compact, fast, sharp, and relatively inexpensive.  I didn’t mind the lack of autofocus at all because I knew focus peaking would take care of that.  Being in Korea where the Samyang company is based, it was quite easy to find the lens and I had one the next day.  Funny enough, I ordered the lens before I even had a Fuji X-mount body to use it with.  A quick look on the local photographer’s forum landed me a very good condition Fuji X-E1 body.  Three years and many portfolio images later, I still use the Samyang 12mm and X-E1 combination today.  Now let’s talk about what I like and don’t like about the Samyang.

Overall, I think the pros greatly outweigh the cons and I would recommend this lens to anyone looking for a solid and affordable landscape and astrophotography lens.  As mentioned before, my favorite body to pair this with is the Fujifilm X-E1.  The older body is a perfect match for this lens in my mind, as there is no need for the AF speed improvements or bells and whistles of the newer bodies.  The only reason I’d want to use newer bodies with the Samyang is higher megapixels and and articulating screen. 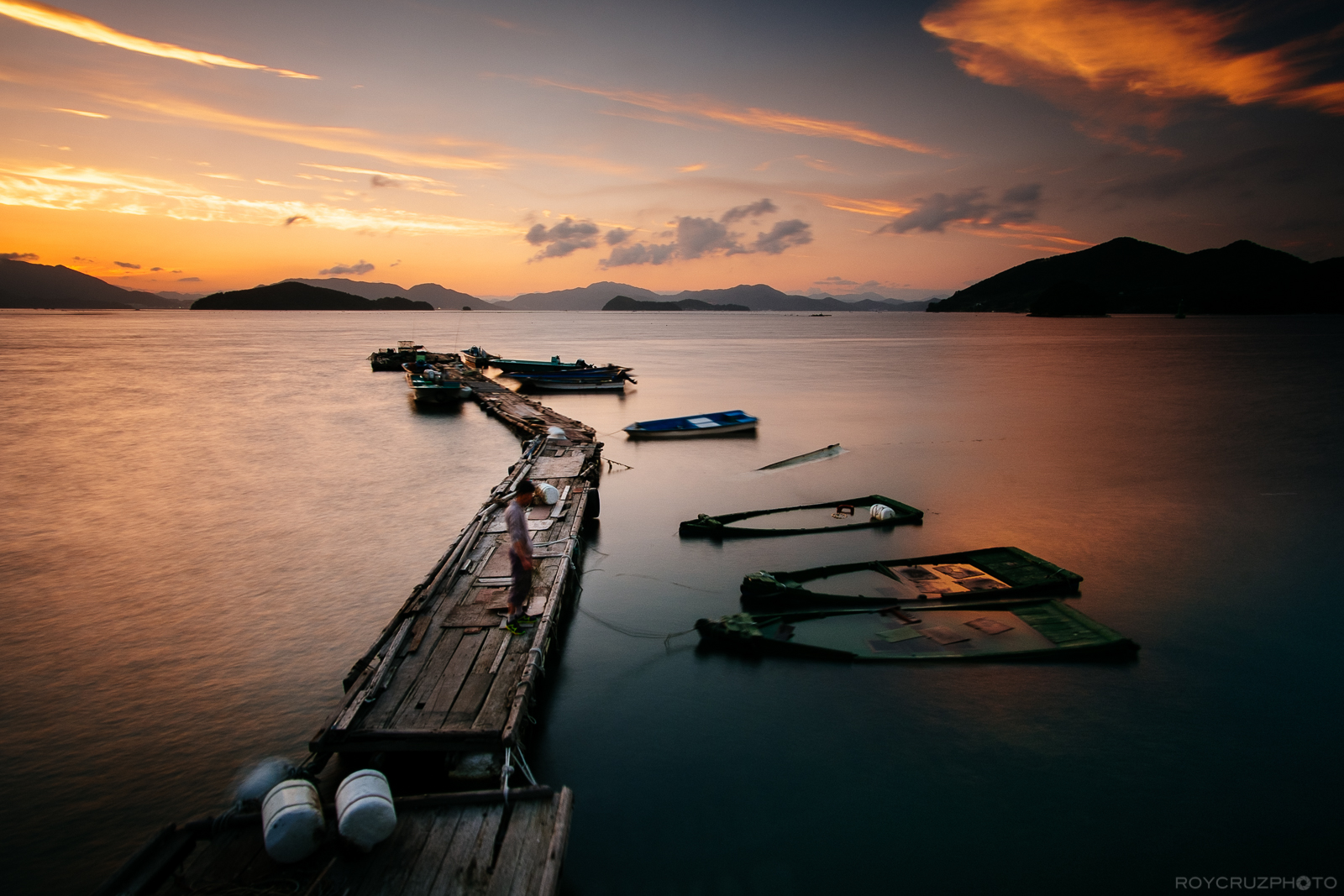 As I have seen in the forums and Facebook groups, the Samyang seems to be a stepping stone lens of sorts for a lot of people.  People tend to buy the Samyang as an intermediate lens due to the low cost, then later sell it off when they can afford the Fuji 10-24 f/4 or something similar.  Perhaps it’s the limitations of manual focus or maybe even the “unsexy” non-Fuji factor of the Samyang that drives this.  However, I have personally never felt the urge to “move on” from this lens, especially when it produces such nice images.  The images it produces are sexy enough for me.

What about the Zeiss?

There is a somewhat similar lens to the Samyang, the Zeiss Touit 12mm f/2.8.  I have never used this lens so I can’t really say anything about it.  But on paper, the only advantage that it seems to offer over the Samyang is autofocus.  Reviews have stated that the Samyang is even sharper than the Zeiss, not to mention a stop faster and much cheaper.

Another thing I like about this lens is that it doesn’t make me worry when I’m out traveling with it.  With more expensive glass and bodies, you tend to worry a bit more about damaging the gear or it getting stolen.  I’m not advocating being careless about gear nor do I have money burning a hole in my pocket, but the Samyang is affordable enough that you won’t be too devastated if it gets damaged or stolen while traveling.  Pair it with a cheaper body like the X-E1 and you’ve got a pretty worry-free travel setup that makes high-quality images.  If the worst does happen, it won’t be too hard to replace the kit.  I’d be more worried about losing the SD card of images. 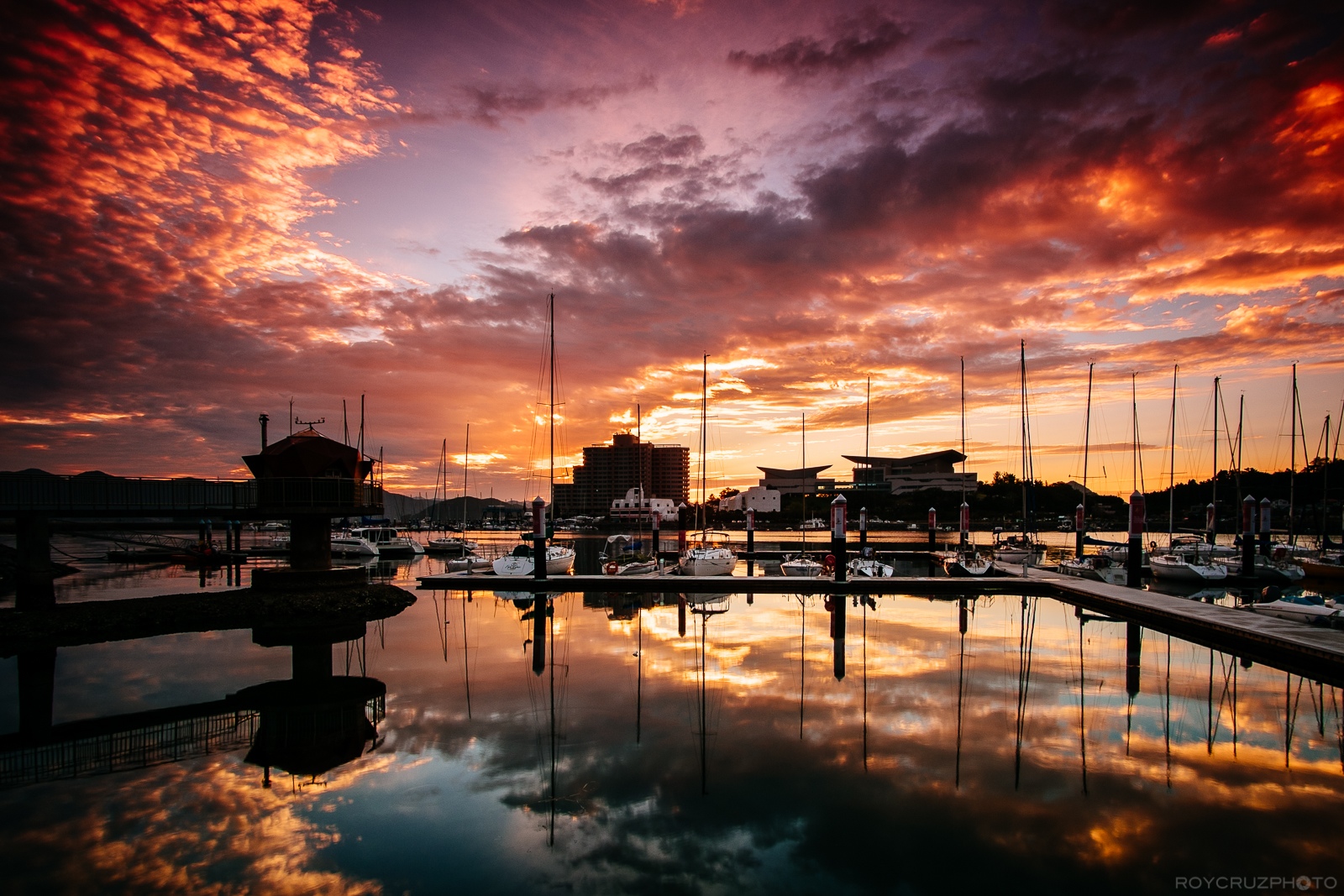 Overall, the Samyang has been, and still is a great lens for me.  It is a good match with my vision and the way I work.  I highly recommend it to anyone looking for a fast ultra-wide lens for landscapes, astro photography, and even interiors and street.  If you would like to pick one up, please do so here.  These affiliate links help me out at no additional cost to you.

Thanks for reading!  I’ll leave you with a gallery of images that I have created with the Samyang 12mm f/2.0 (and mostly the X-E1). 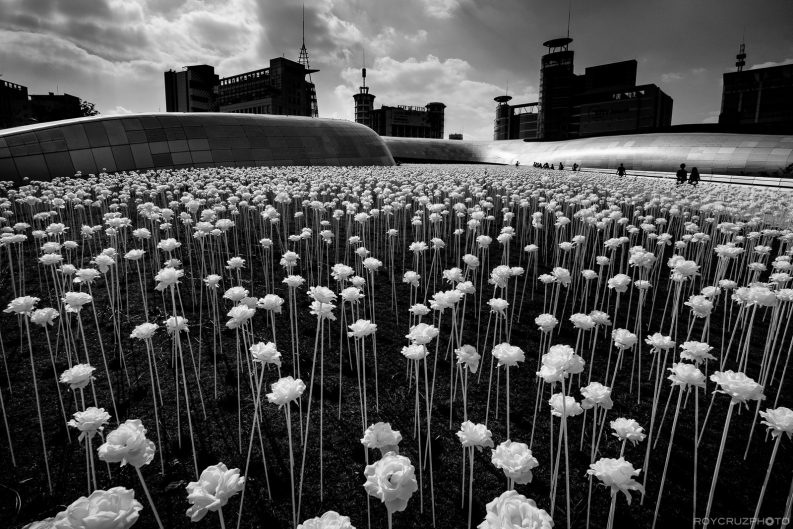 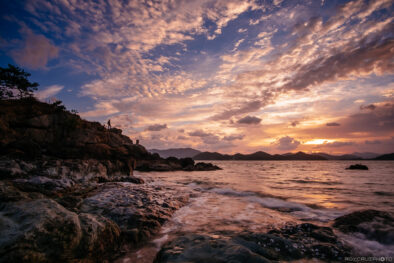 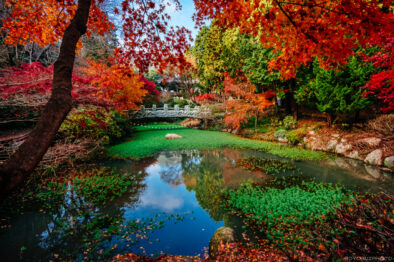 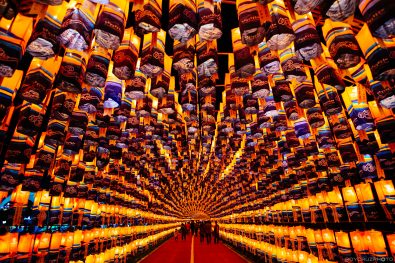 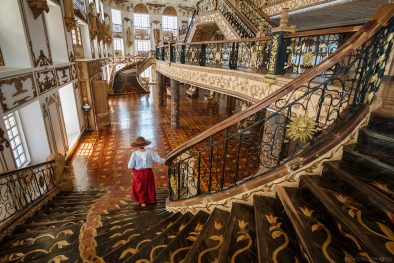 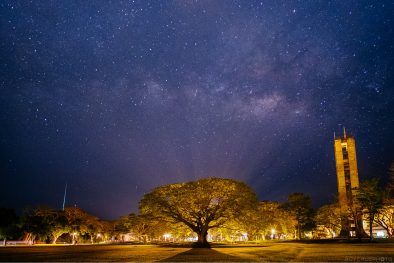 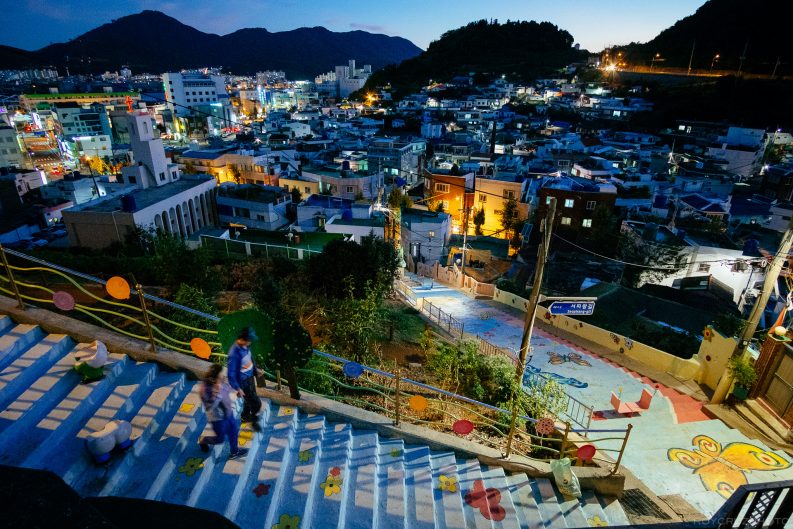 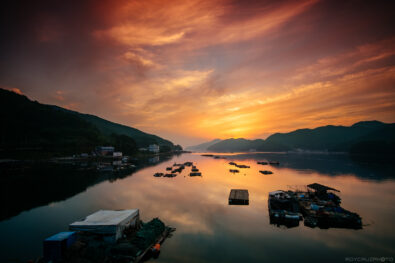 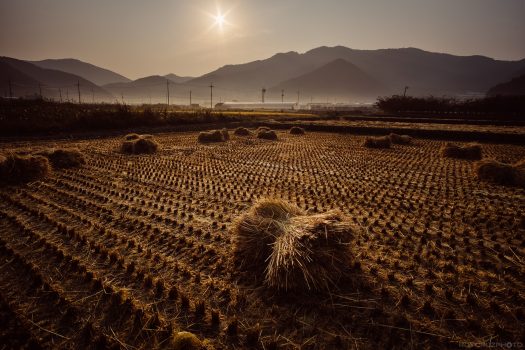 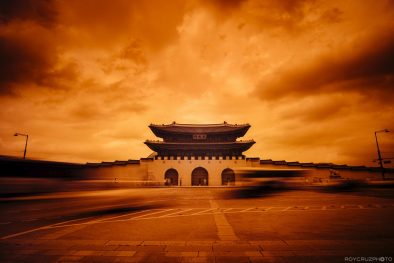 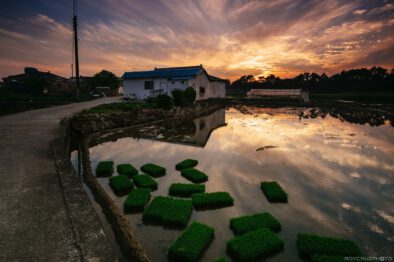 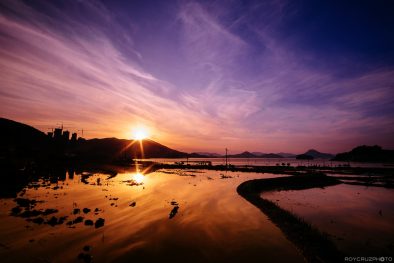 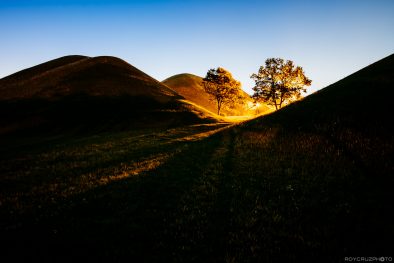 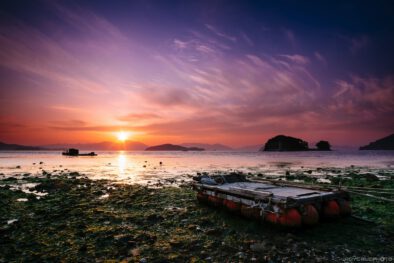 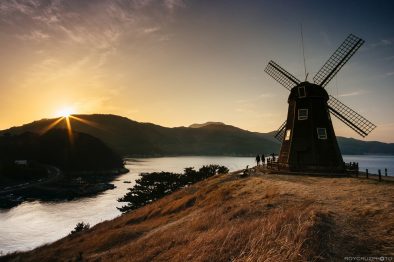 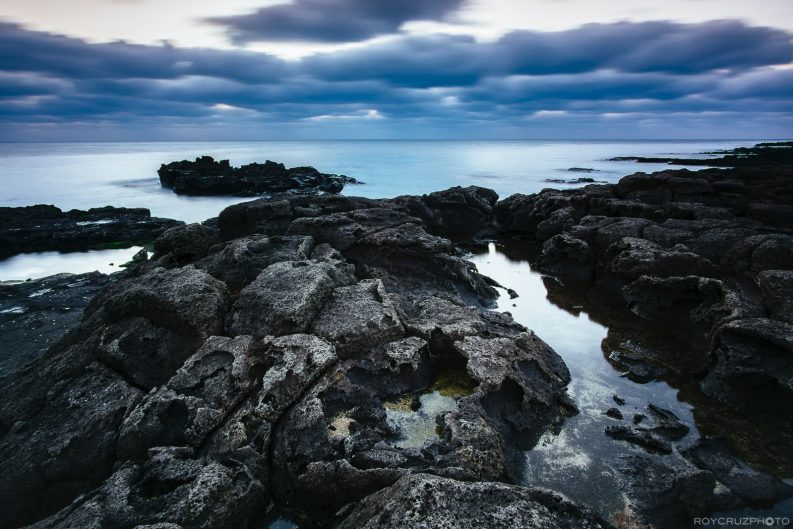 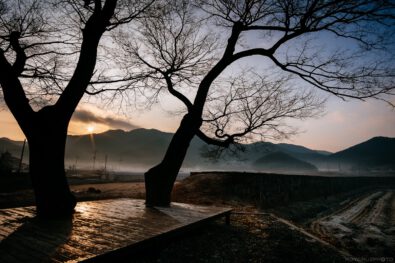 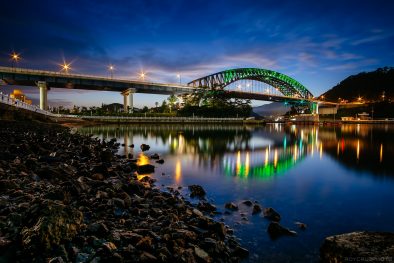 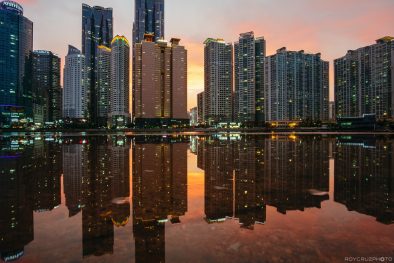 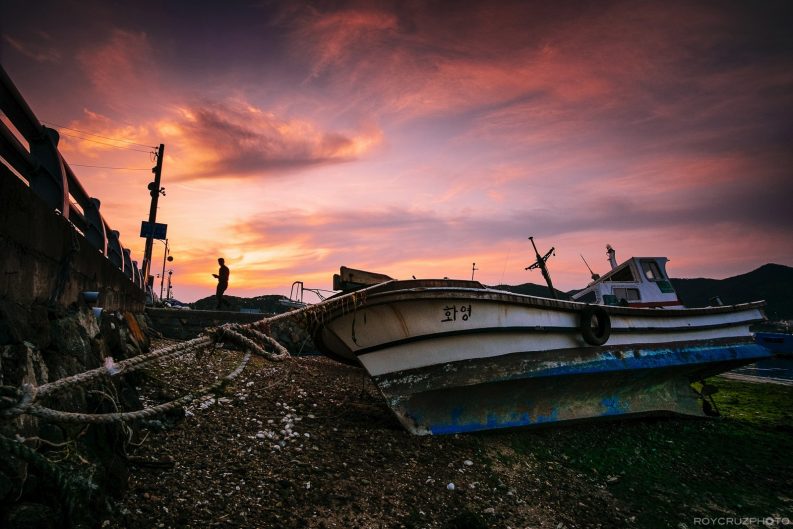 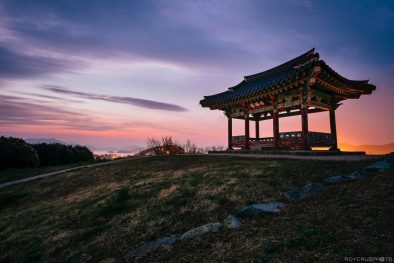 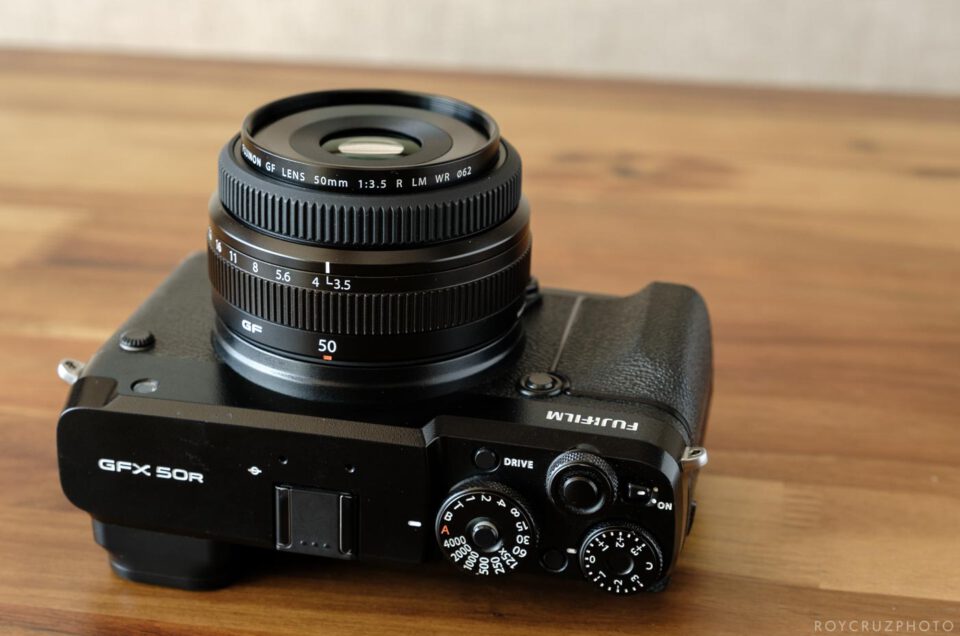 I just purchased this lens, & so far I really like it, and everything mentioned above is very true. I really like all these shots, especially the vivid colors with great purity & contrast. I plan to strive for similar results on an upcoming trip to Denmark & Greece. Thanks for taking the time to do a good & well-balanced review.

Hi Mike! Glad you’re enjoying the Samyang! It’s definitely a lens that gets mixed reactions. But if you get to know how to use it and maximize it, it can really help make some great images. Good luck on your upcoming trip! Thanks for reading!

Nice review and photos. I agree this lens is so underappreciated just because it’s a third-party lens. It also occupies the wide angle of my prime trinity (together with the Fuji 27 and 60). All three form a very light and competent kit.

Thanks for reading, Yoan! The Samyang is very good to those who are willing to learn how to make the most of it. Also, very nice trinity you have there! Lightweight and very versatile.

Glad to see this review.
perfect review for my needs. and the sample photos are very inspiring.

I am curious about the infinity focus marking, when you said it is not the correct infinity marking. can you share where and how did you figure that out?

Hi Lloyd. Thank you for reading! Glad you found the article helpful!

Regarding the infinity, it’s just trial and error really. My infinity turned out to be a millimeter or two to the left of the mark. Just use focus peaking and check the sharpness of your images. You can also download print out sharpness test patterns to help you. Best regards!

I stumbled upon your blog when I was researching on cheap vintage lenses for my fujifilm. I love your photography work and may consider some of the lenses you mention in your blogs. thank you!

Hi Nicole! Thank you for watching the video and for your kind words about my work! All the best! -Roy

Dear Roy,
I enjoyed reading your blog on this lens. I bought this lens for a secind time after my first one was robbed. I love this as much as I love my Fuji Primes. My struggle with this lens is the absence of the DOF markings and the slight shift in the infinity stop. I would love to hear from you on your settings for Landscapes to get the maximum zonal sharpness. I read you mentioning the f11 approach with infinity focus but your images carry more than that. I see some magic in the foreground. I have shot some good exposures with this but eager to know your approach. You can visit my website.
Cheers, Ravishankar

Hi Ravishankar! Thank you for reading my blog. I’m sorry to hear about your Samyang that got stolen. I definitely agree that it’s worth getting another one. With regards to the sharpness and focus settings, it’s really just that. I took some time to find the true infinity setting by trial and error. From then on I’ve been able to get sharp images with the lens. To add an extra bit of sharpness, I also sharpen my RAW files in Lightroom (usually set to around 40) and sometimes add a bit of clarity. Hope this helps. You have some nice images on your site, by the way! All the best. -Roy

Hi thanks so much I think I’m willing to invest on this. So hard to find a cheap wide angle for xe1 🙁

Hi Cam. Thank you for reading! I think the Samyang 12mm is truly a gem.

Dear Roy,
Thank you for your reply. I just saw your images in the last three years and are great. I can see what Samyang 12mm can do. Are ypu happy with the overall build quality of this Lens? Has it taken all the beating professionally? Appreciate your response

Hi Ravishankar! I believe I replied to you via email, but I’m going to quickly answer this here as well. The Samyang 12mm is a solid lens, despite not being weather sealed. I’ve taken it in tough conditions before and it performed well. I wouldn’t subject it to anything more than a slight drizzle and would probably use a dedicated rain cover if necessary. It’s not a tank, but it’s also definitely not a delicate lens by any means. Thanks for reading and for your question!

I am amazed at what you can do with this amazing lens. At that price point really it is a no-brainer purchase. And 12mm is easy to set it up for hyper focusing which helps with street photography.

Many thanks for sharing !