Busan is one of my favorite cities in South Korea, if not the world. It has a wonderful mix of urban polish and countryside charm against a beautiful coastal backdrop. The city feels a lot more laid back than Seoul and I always enjoy hearing that strong Busan dialect in the air.

I recently got to explore the streets of Busan with my good friend and colleague Dylan Goldby. We had just finished a commercial shoot and as is our tradition after a big shoot, we set aside an extra day to do some personal photography. This time around, we chose to explore the areas of Nampodong (남포동) and Yeongdo-gu (영도구).

Upon arrival in Nampodong in the mid afternoon, it was pouring rain so we decided to chill a bit with some beverages and wait for the rain to let up. Besides, the best street photography in the area is done after the sun goes down.

The rain soon became a drizzle and we headed out. First stop was the escalators leading up to the Busan Tower. There we found Daegaksa, a small temple in the middle of the shopping district. The colorful lanterns were still up from Buddha’s birthday a few weeks back. The area was not very big, but there were some interesting corners as well as a good view of the buildings below. We also went up to the Busan tower, but the park was pretty much deserted from the weather as well as the tower’s unfortunate closure earlier this year. 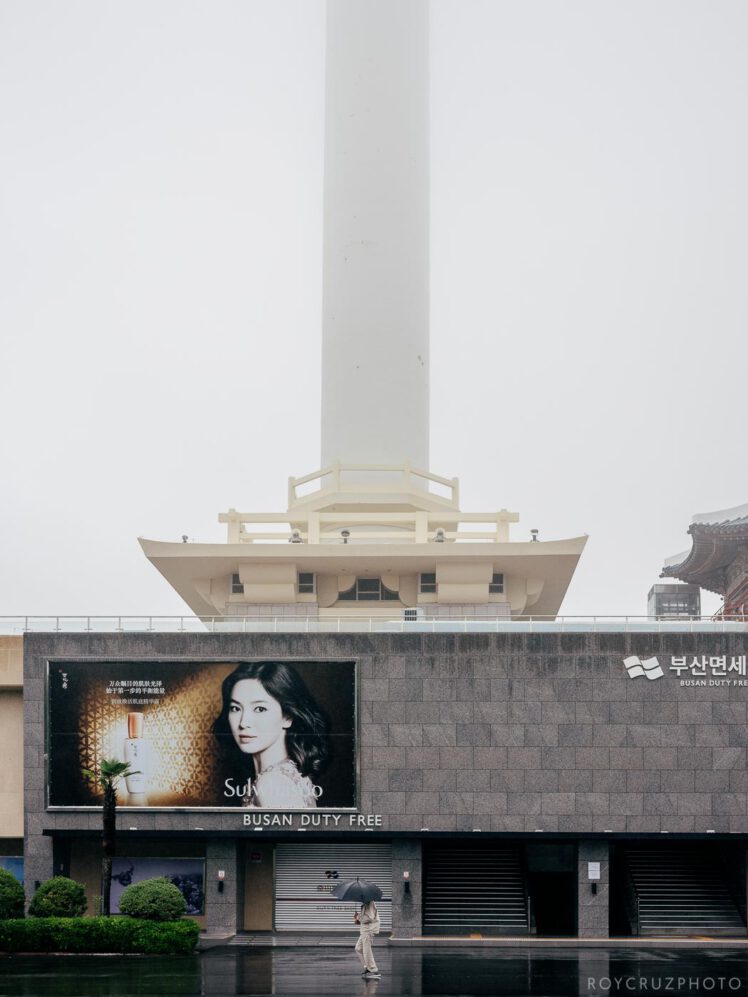 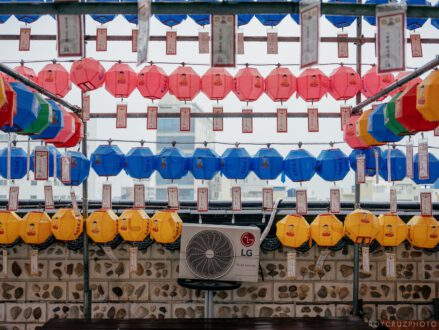 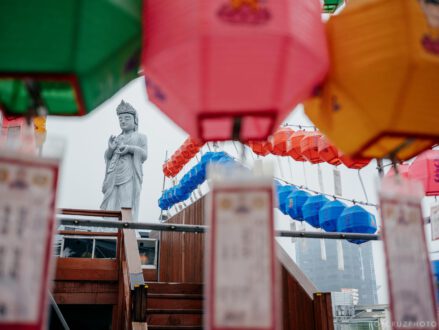 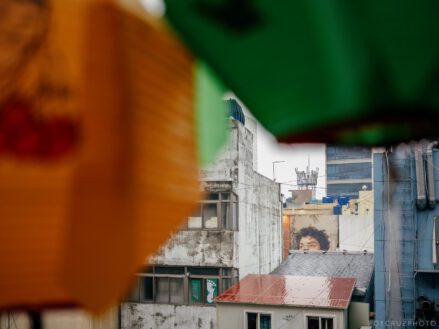 As it got darker, things got more interesting. We hit the streets of Nampodong and the famous Jagalchi Fish Market (자갈치시장). This was definitely my favorite part of the trip as we got shots of vendors and people walking through the market streets. The rain was just enough to have people use their umbrellas (photogenic), but not too much to make shooting difficult. As usual, the neon lights and gritty market streets did not disappoint. 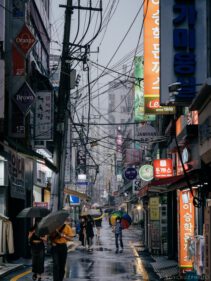 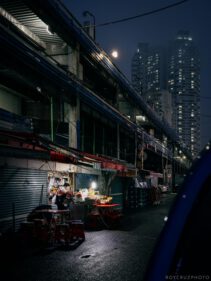 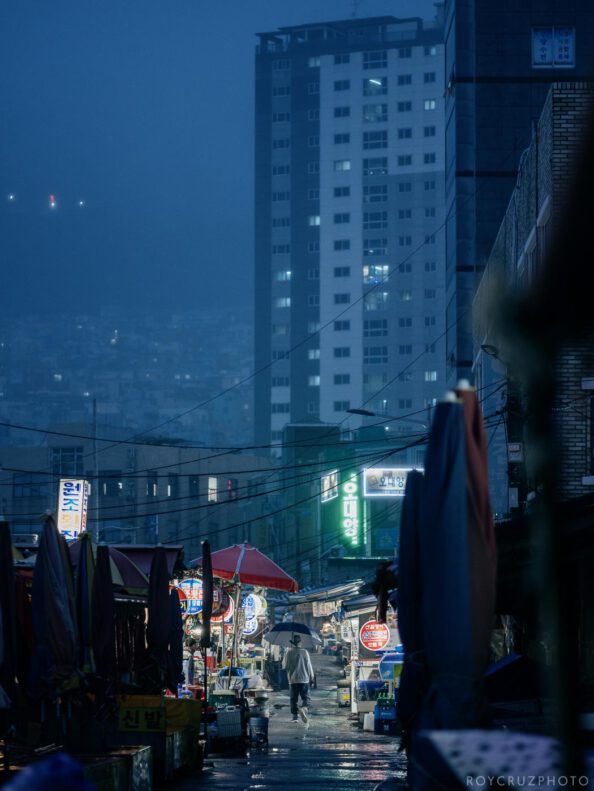 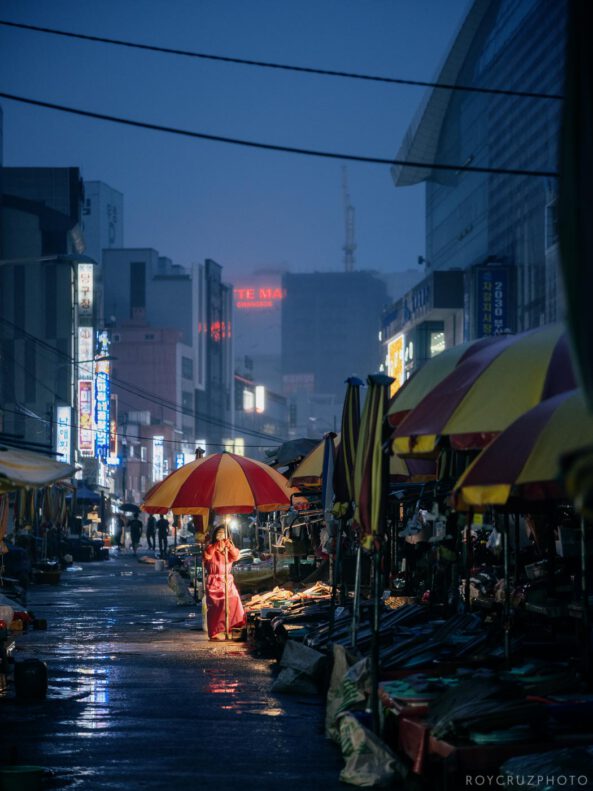 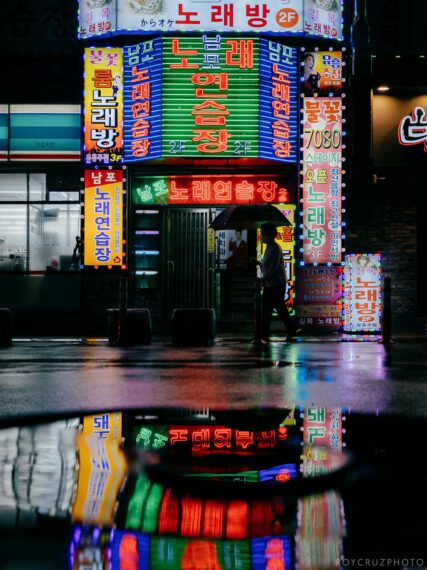 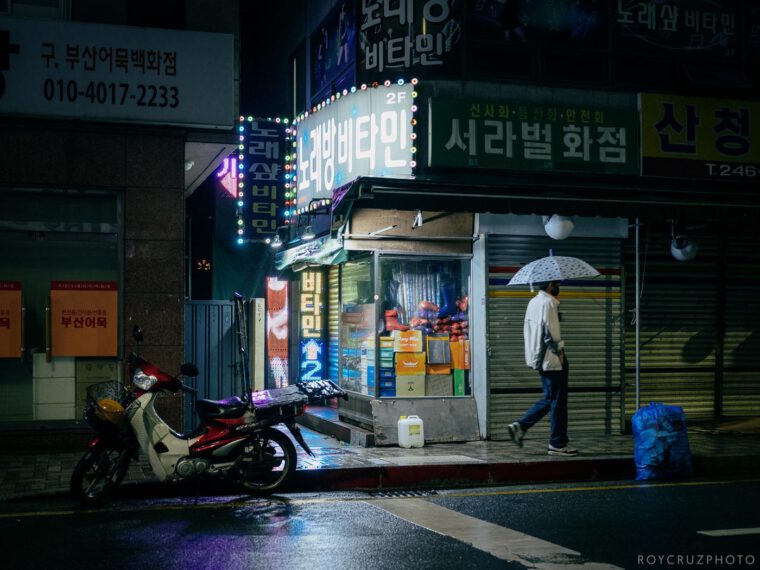 The next day, we crossed the bridge (apparently Korea’s first-ever drawbridge)  over to Yeongdo-gu. The island has been developed extensively as a tourist destination with lots of cafes, tours, and seaside attractions. However, we were more interested in the less glamorous side of the district. Yeongdo’s harbor area is home to decades-old shipyards as well as the workshops and industries that revolve around them. It was very cool to explore the area and it felt like being transported into a different era. 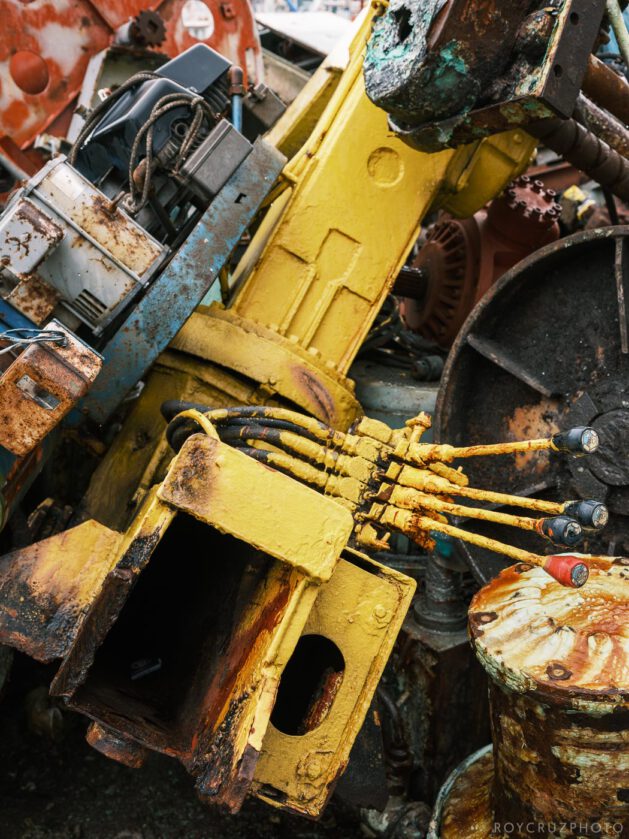 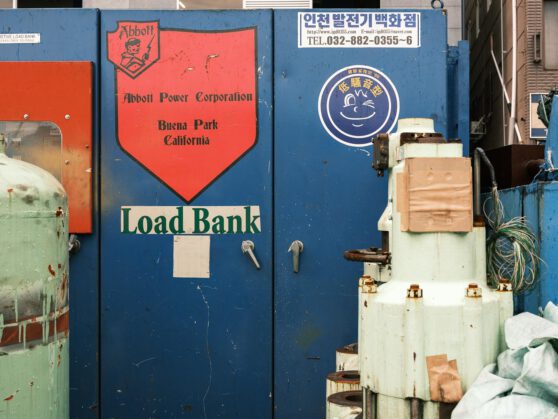 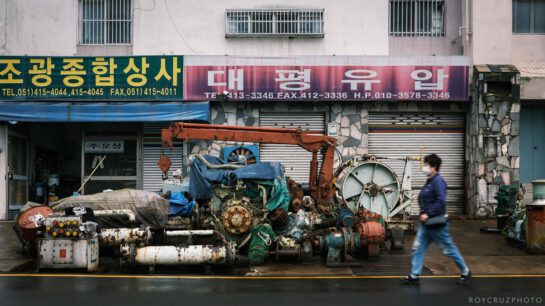 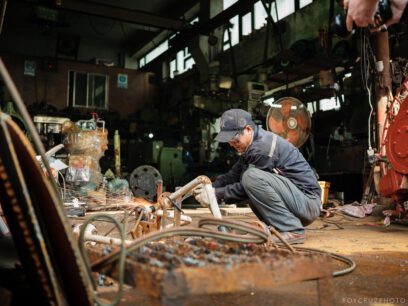 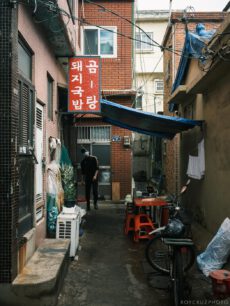 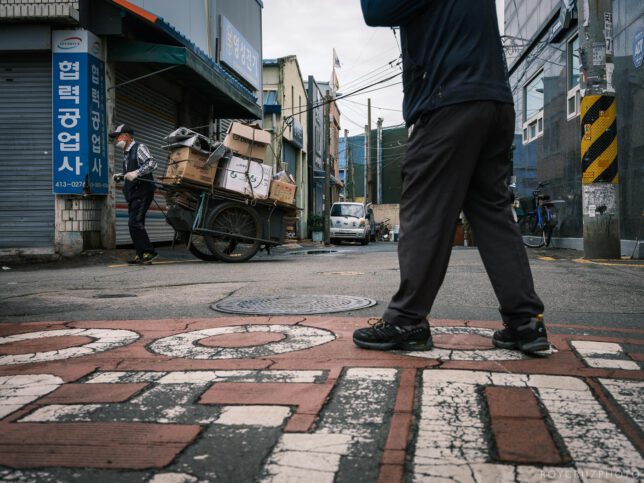 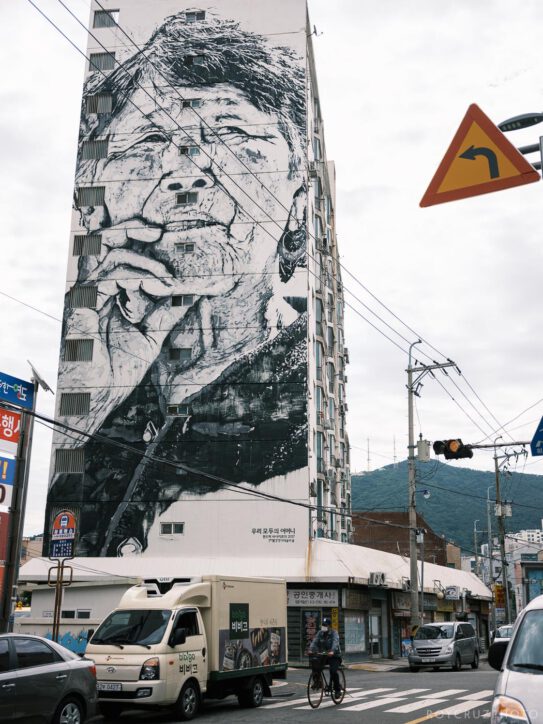 It was a great 24 hours or so in Busan and I would definitely recommend this area to anyone interested in street photography in Korea. Amidst all the development and progress around the city, this area has managed to retain its unique character and charm. Hopefully it will stay that way for a bit longer.

I love the moody feelign of these set of images.

Is this before the zombies arrived on the Train to Busan? 🤪

Thanks Khürt! Fortunately, there were no zombies in sight. Haha!